Navigate thru all the sub categories of the website

There are 4 churches in Baldur that our town takes pride in maintaining:  Lutheran Immanuel, St. Mark's Anglican (no services), St. James Catholic, and the United Church.  Grund Frelsis, oldest Icelandic Church in Canada, is just 5 miles north of Baldur.

The Lutheran Immanuel Church in Baldur is on the corner of Oak Creek Road and Carrie Avenue. The Lutheran church was constructed in 1907, by Arni Sveinson. The church is still in very good condition and is a valued piece of our community. 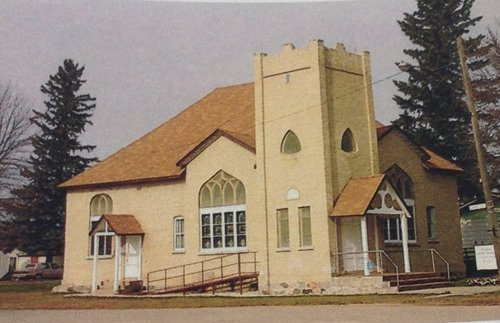 Methodists in the Belmont area welcomed their first minister in 1884 and within a year Reverend James Hoskins had added Bethel Methodist to his Otenaw Circuit.  The church moved to Baldur when the community formed in 1889.  Within fifteen years a larger building was required and in 1904 the present church was constructed. The building is a fascinating expression of the Gothic Revival tradition. A variety of window shapes abound—rectangular in the tower, round-arched at the back, the large pointed-arched openings in the nave and in the middle of the tower a very unusual opening based on a Gothic shape called a trefoil. 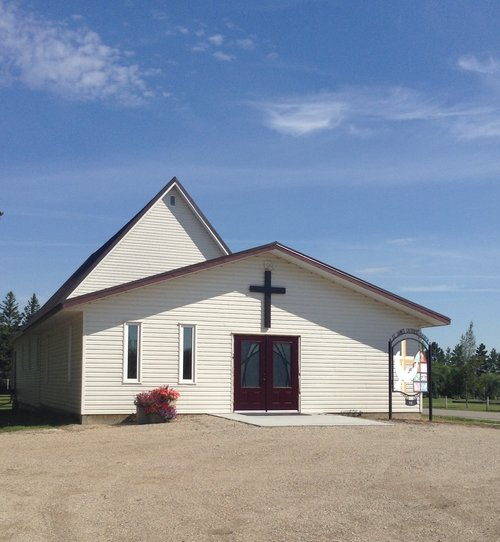 St. James is a Roman Catholic Church, and is also the newest in Baldur.  Mass is held every Sunday at 9:00 am. 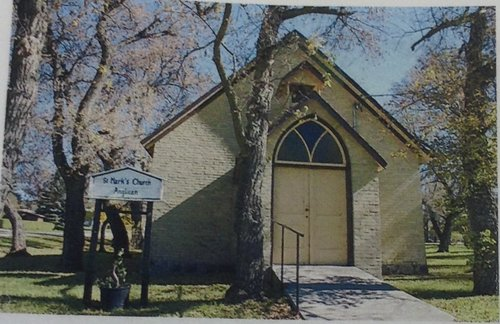 Constructed in 1898, this church is no longer in service but is a key feature to our heritage sites.  The building features intricate brickwork, nice trim, and very unique windows. It is located on the corner of Elizabeth Ave. and Oak Creek Road. 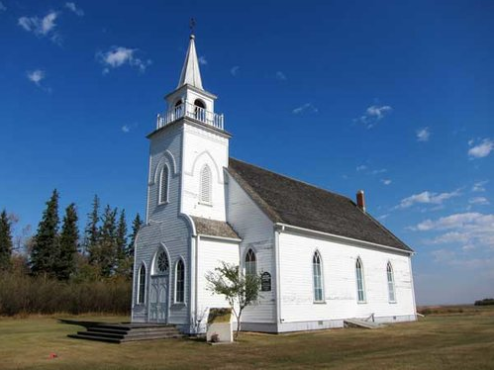 This is the oldest standing Icelandic Lutheran Church in Canada.  It was built in 1889 by volunteers under the direction of carpenters Byring Hallgrimsson and Arni Sveinson.  The wood frame structure built on a simple rectangular plan, is representative of late nineteenth-century church architecture in rural Manitoba.

The prevailing taste for the gothic revival style is expressed here with the pointed windows and delicate window tracery on the tower.

Many of the early congregation members first settled in New Iceland (Gimli) in the late 1870's, before homesteading in the Municipality of Argyle in the 1880's.  In 1964, Frelsis Congregation joined Baldur Immanuel Lutheran Church.

The RM of Argyle has issued a fire ban due to the dry conditions. Burning crop residue is not permitted. Rural burn barrels are not permitted. Fires in backyard enclosed fire pits are permitted with dry seasoned fire wood only (no leaves, grass, garbage, brush or branches). The fire pit must have a 360 degree buffer , water available and must be supervised at all times.
Any other burning will be subject to fines as per By-Law #1-2014.
Council of the RM of Argyle appreciates your cooperation on this matter.
Mark Everett, Fire Chief